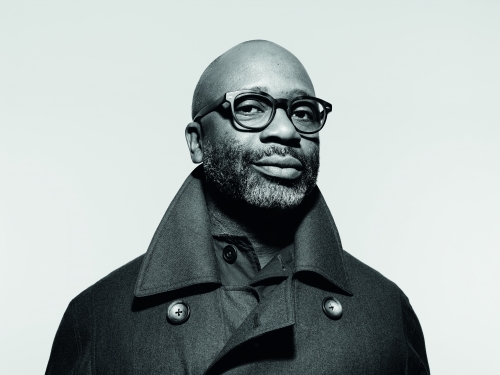 Theaster Gates lives and works in Chicago. Gates creates work that focuses on space theory and land development, sculpture and performance. Drawing on his interest and training in urban planning and preservation, Gates redeems spaces that have been left behind. Known for his recirculation of art-world capital, Gates creates work that focuses on the possibility of the “life within things.” Gates smartly upturns art values, land values, and human values. In all aspects of his work, he contends with the notion of Black space as a formal exercise – one defined by collective desire, artistic agency, and the tactics of a pragmatist. Gates has exhibited and performed at Palais de Tokyo, Paris, France; Sprengel Museum Hannover, Germany (2018); Kunstmuseum Basel, Switzerland (2018); National Gallery of Art, Washington D.C., USA (2017); Art Gallery of Ontario, Canada (2016); Fondazione Prada, Milan, Italy (2016); Whitechapel Gallery, London, UK (2013); Punta della Dogana, Venice, Italy (2013) and dOCUMENTA (13), Kassel, Germany (2012). He was the winner of the Artes Mundi 6 prize and was a recipient of the Légion d'Honneur in 2017. He was awarded the Nasher Prize for Sculpture 2018, as well as the Urban Land Institute, J.C. Nichols Prize for Visionaries in Urban Development.

Gates is a professor at the University of Chicago in the Department of Visual Arts and the College. Gates also serves as the Senior Advisor for Cultural Innovation and Advisor to the Dean. Gates is Director of Artists Initiatives at the Lunder Institute for American Art at Colby College Museum of Art and the 2018/2019 Artist-in-Residence at the Getty Research Institute (GRI).